..where the modern and classical 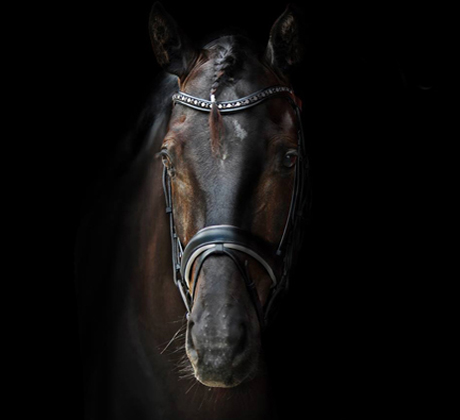 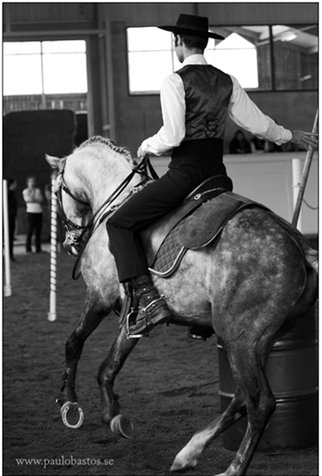 Working Equitation discipline was created with the goal of enhancing the equestrian techniques developed in countries whose riders use horses in different aspects of field work. Therefore, one of the most important points consists of the fact that the trials should be performed holding the reins with one single hand. Competitors are allowed to use the other hand only to adjust the reins for a very short moment.

-Dressage: performed in a 40x20m arena, has a maximum time of 7 minutes during which the rider is free to choose the place where to execute the exercises, but is obliged to follow the sequence of the exercises defined in the protocol.

-Ease of Handling trial (Maneability): The goal of this trial is to evidence both rider's and horse's capacity to tranquilly, precisely and regularly perform any obstacles representing difficulties which could be encountered in the field or which could evidence the empathy existing between horse and rider.

-Speed trial: this trial includes some or all of the obstacles in the Maneability course and it's goal is to overcome the obstacles without penalties as quickly as possible and without any concern for style or perfection.

-Cow trial: The trial consists of a task, comprising four riders from the same team who work together to cut four pre-selected cows from a herd located in a special containment zone, one at a time in accordance with the re-established order defined by the jury (one per rider) and herding them into a demarcated zone which is separate from the rest of the herd. This trial has a maximum time of 3 minutes.

WE is quickly developing in Sweden (among many other countries) both in quality as in quantity. If on one hand we find the rider that searches variety in the work and likes to meet different situations, on the other we have the ambitious rider that is looking for new challenges in a wider perspective that normal dressage. In common they have the fact that both want to develop together with the horse in a fun way.

Sweden had its international debut in October 2008 in the European Championship that took place in Italy. A good performance from the Swedish team granted the 4th place in the final classification. Individually the best classification was granted to Paulo Bastos.

Once again Sweden was represented in the European Championship, this time held in Italy in September 2010. The team was: